On the evening of Sunday 9th February 2014 a plethora of top comedians including Sean Lock, Alan Carr, Jo Brand, Jack Dee, Dara O Briain, Omid Djalili, Paul Whitehouse, Charlie Higson and Stephen K Amos, were amongst those who performed at Stand Up For The Felix Dexter Foundation.

Felix’s will provides for the setting up of a fund to help educate children in the UK and St Kitts who come from underprivileged backgrounds. Felix was born and raised in St Kitts in the West Indies and came to Britain when he was seven years old.

His legacy was particularly important to him as his mother sacrificed her own education to ensure he had the best she could give him.

The comedian Paul Whitehouse who acted with Felix in The Fast Show and Bellamy’s People said; 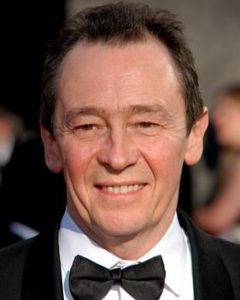 “Felix was a brilliant comedian who made me and countless others laugh and think, with his funny and challenging characters. He was also a friend and a brave man who left us too soon. It’s wonderful that so many comedians and friends joined in to remember him and raise money for the charity set up in his name and the public response has been great. Nice. ”

The evening was an overwhelming success with some £30.000 raised for charitable purposes.

Another tribute concert was also held on the 28th June 2014 led and organised by Comedian Geoff Schumann at the Hammersmith Town Hall. 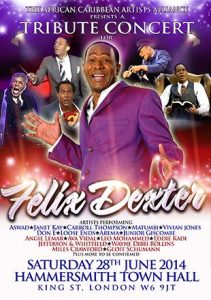 In July 2014 9 months after Felix passed away, A number of high profile performers from within the African and Caribbean Community from the worlds of music, comedy and drama, came together at the time to help raise funds for the Dexter family to assist them at a very difficult financial time. The event although not organised by the foundation was instrumental in setting a template for showing community support for the much loved and well respected Felix Dexter.